Invited by the Graduate School of Education, Prof. Roger L. Geiger, the senior investigator of the Department of Policy and Higher Education Research Center at Penn State University, gave a series of lectures on Oct.25, 28 and Nov.1 at Graduate School of Education, Peking University on the topic of the rise of American Research Universities after World War II and the driving mechanism behind it.

The first lecture is about “The Rise of American Research Universities in the 20th Century: Policies and Pitfalls in their Development”. This lecture described and evaluated policies for the encouragement of research and the development of research universities. The interwar years (1918-1940) had a privately funded university research system. Foundations continued to play a role in the Postwar Era (1945-1970), but the federal government assumed the dominant role. After Sputnik (1957) increasing the number of research universities became an explicit goal of federal agencies and the Ford Foundation, with mixed success. The lecture discussed the relative effectiveness of these various efforts in terms of university characteristics, patron strategies, and policy design. 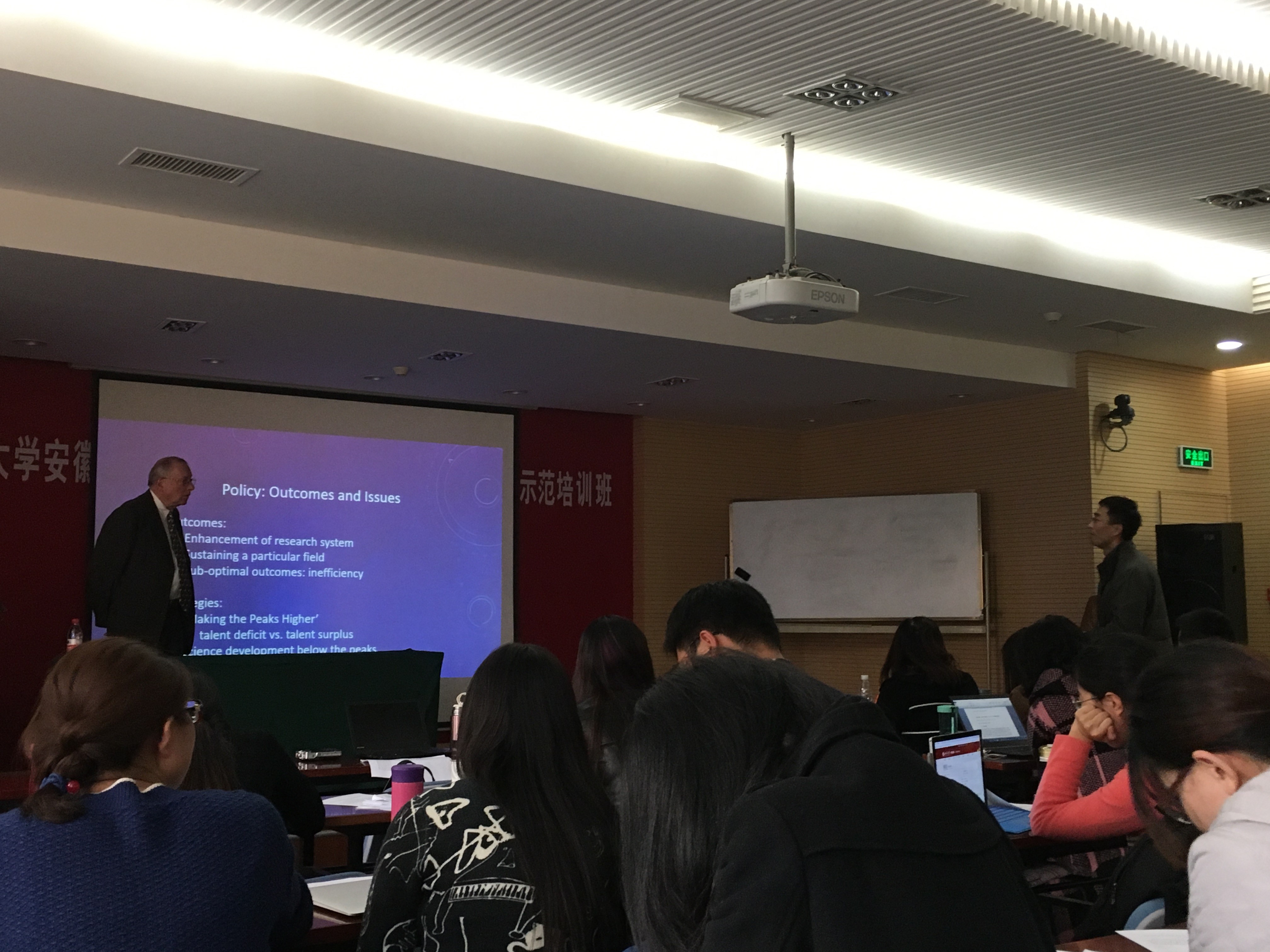 The second lecture is about “American Universities and Economic Development: Policies, Possibilities, Limitations”. Since 1980, contributing to economic development has become part of the mission of American research universities. They contribute to the two paths to innovation: commercializing new inventions through patents, licenses, and start-up firms; and working with corporate research laboratories in the incremental innovation of new products. Interactions between universities and corporations take many forms, depending on industries and technologies, which constrains possibilities. Analysis of the university supply and the corporate demand for academic research reveals inherent limitations to these relationships. 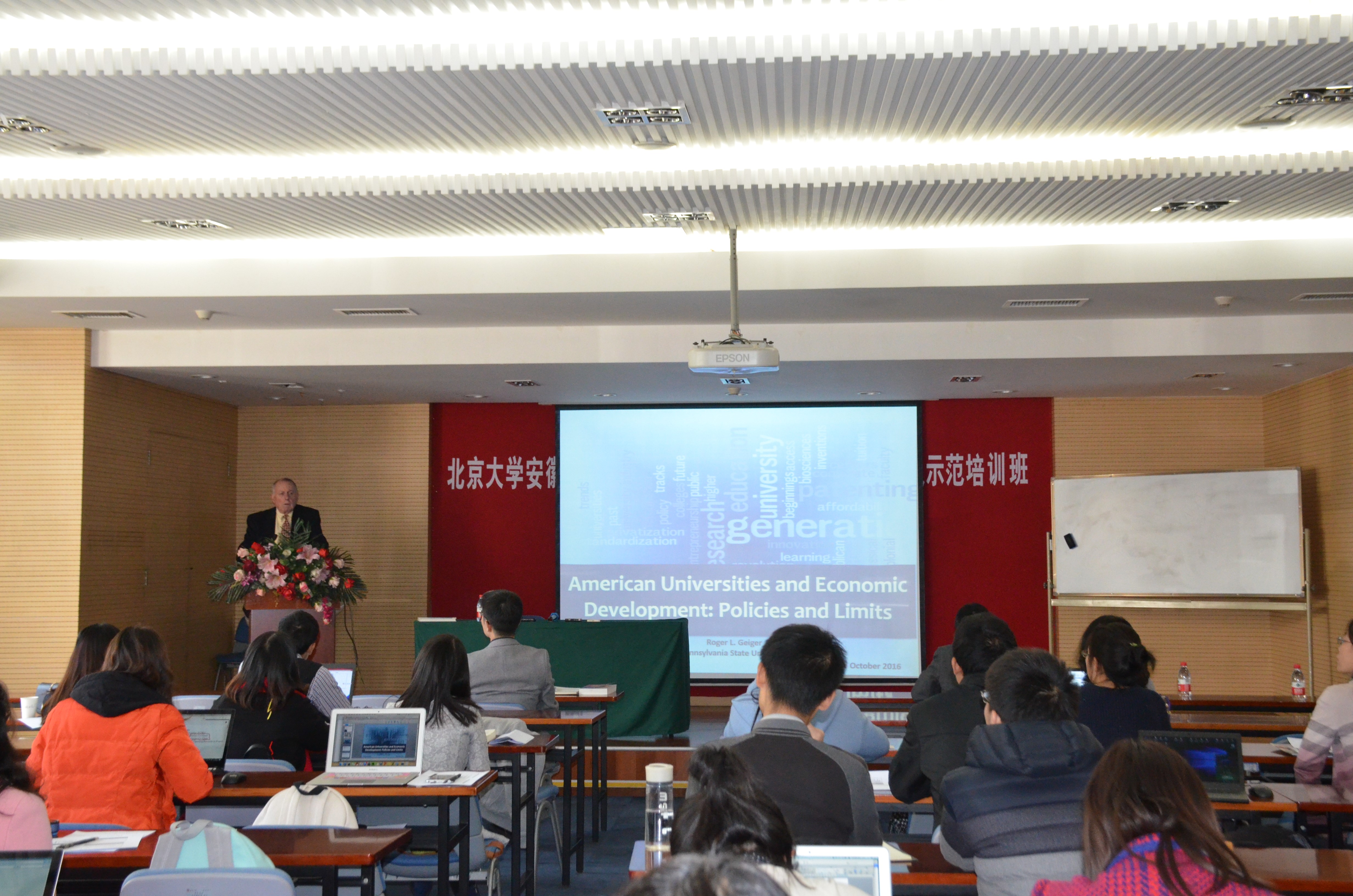 The third lecture is about “Prospects for a ‘New American University’ Implications for Research”. The lecture places those accomplishments in perspective by comparing ASU with Pennsylvania State University and the University of Michigan, where former President James Duderstadt has presented his own vision of a 21st century research university. The chief focus is on the organization of academic research, which has become increasingly separated from university instruction in American research universities. Each university has evolved a distinctive strategy for accommodating a growing volume of research with relatively less growth in faculty. 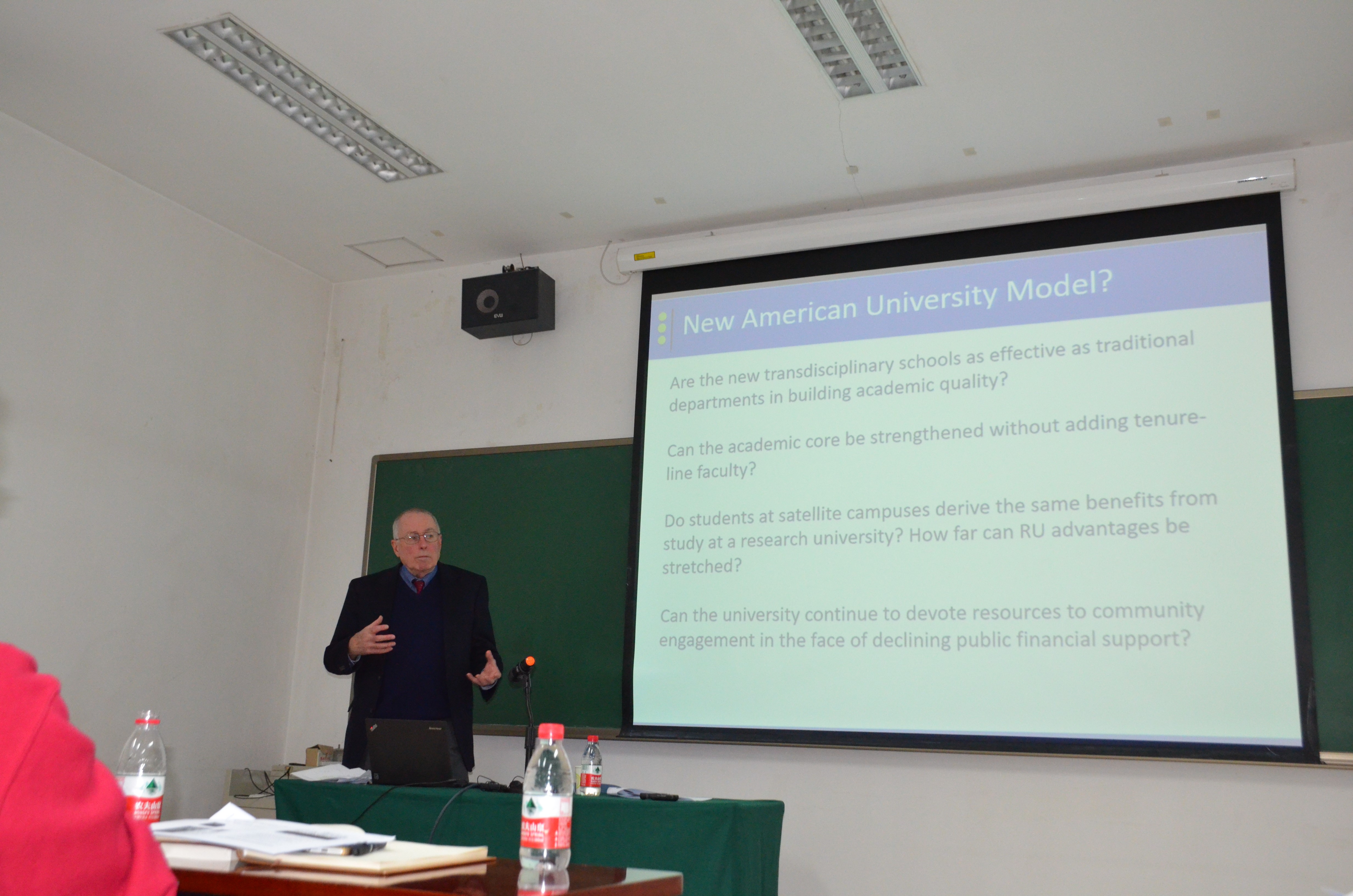 After the lectures, the audience raised a series of questions, and Prof. Roger L. Geiger answered all the questions well and won the applause. 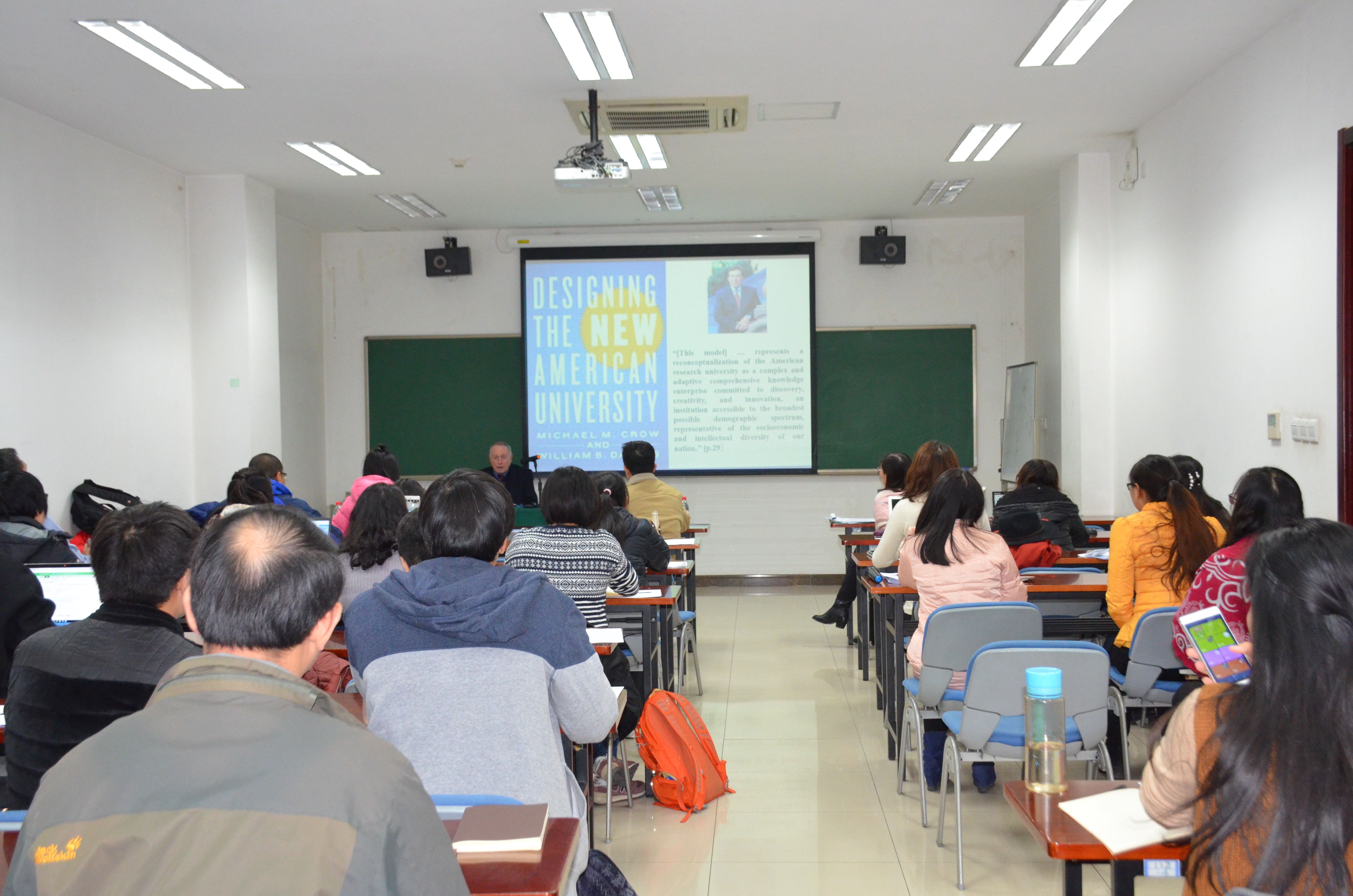