The Education Panel of Beijing Forum (2016) debuted at the Stanford Center at Peking University (SCPKU) on the morning of November 4th. Scholars and university leaders from the United States, Hong Kong, Australia, Russia and China conducted heated discussions on the topic “The Differentiation of Higher Education Systems and the Emergence of World-Class Universities in Different Institutional Environments”. Prof. Jean C. Oi, Director of Stanford University, served as the chair of the session. Two speakers gave keynote speeches, which were followed by remarks from four scholars.

In addressing this sub-theme, Roger L. Geiger, professor of Pennsylvania State University, emphasized that the degree of research innovation, which was measured by publications, citations, research expenditures, and awards, was very important. His speech contributed to the discussion of emergence and differentiations of institutional contexts by analyzing the internal characteristics of universities from the perspective of students, faculty, and research. 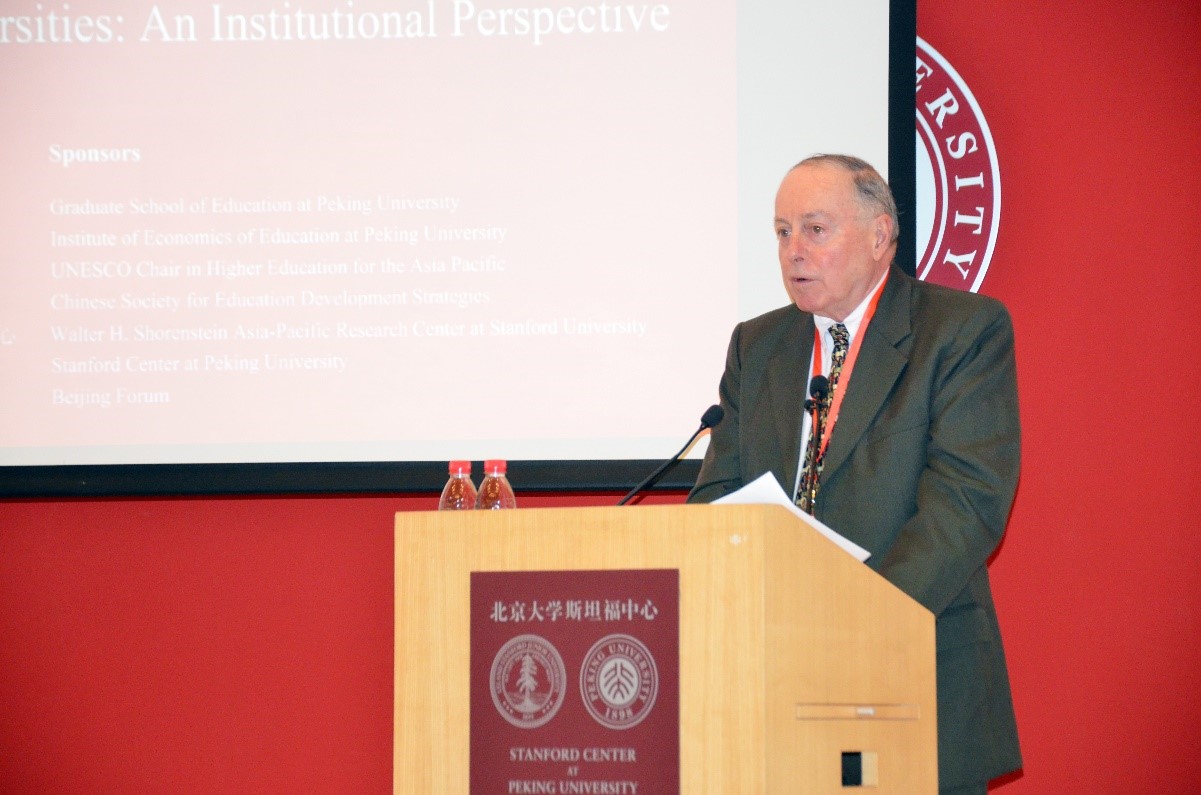 Based on personal experience as a university president in Hong Kong and previous academic career in the United States, Prof. Tony Chan, President of Hong Kong University of Science and Technology, shared his discussion on the role of university governance in the development of higher education. Taking the increasing public interest into account, he concluded that the importance of university governance had been gradually understood and appreciated, but the attention paid on this area was not enough for building world-class research universities. For panelists’ remarks, there were four scholars attending the discussion. Prof. Peter Coaldrake, Vice-Chancellor and President of Queensland University of Technology, discussed the challenges young universities faced when becoming world-class ones. In their competition with older, traditional universities, newer universities needed to sustain higher policy pressure and make more careful strategic decisions in achieving the financial support of Australia government. Similarly, universities in Russia faced parallel challenges. However, as introduced by Prof. Timothy Edward O'Connor, Vice Rector of National University of Science and Technology MISiS, Russian government conceived and launched the 5-100 Russian Academic Excellence Project, which is a strategy for Russian universities to enter the top one hundred universities in the world. Taking National University of Science and Technology MISiS as a case study in this context, Prof. Timothy Edward O’Connor, concluded that with the assistance of ideas stemming from the institutional framework, increased budgetary allocations, dynamic leadership at all levels and sound governance were all essential to transforming elite national institutions into world-class universities successfully. 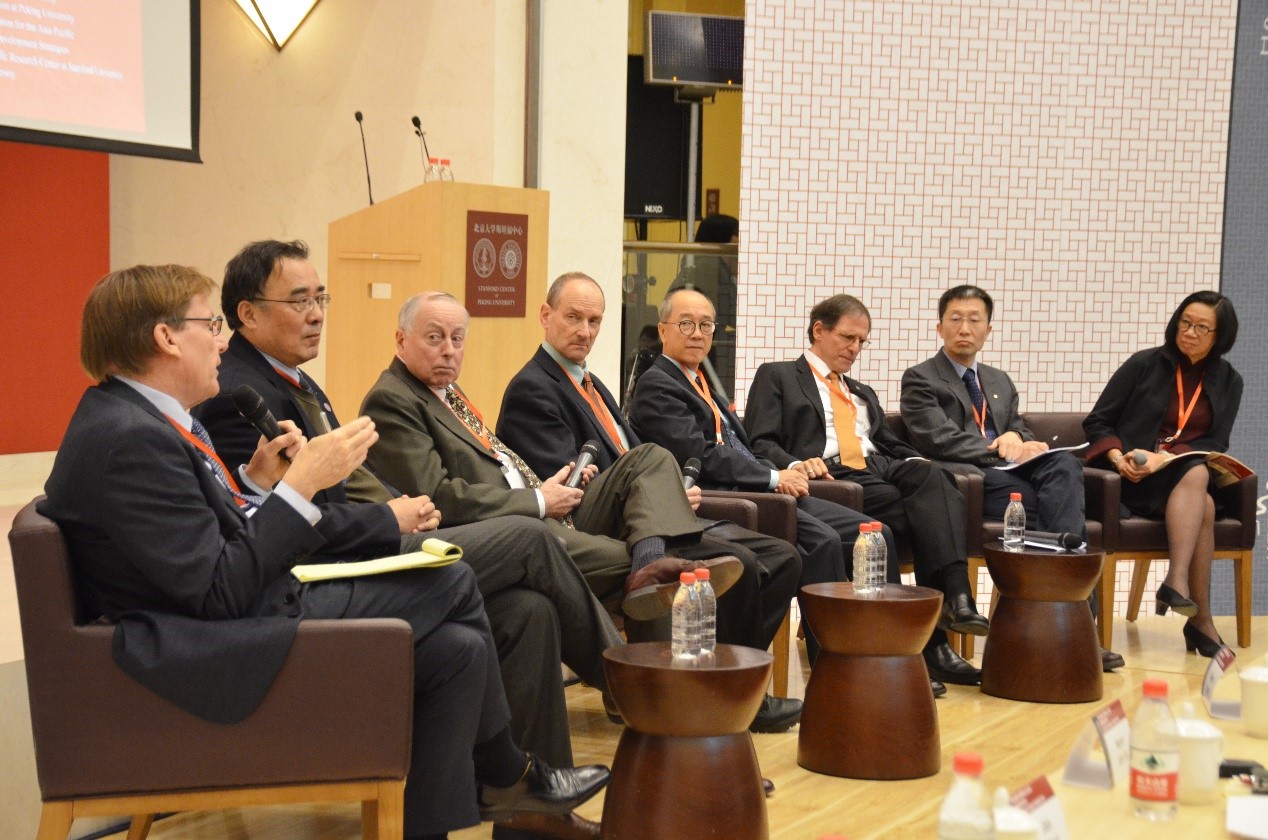 As far as the definitions of a world-class university, Xie Weihe, Vice Chairman of University Council and Professor of Tsinghua University, contended that the criteria for world-class university should be the degree of the university’s ability to attract excellent talents in the world in the era of globalization. In addition, since universities have become instruments of global competition in an age of mass higher education, Gerard A. Postiglione, professor of University of Hong Kong, analyzed available steps taken to institutionalize world class universities. His analysis was divided into three parts, including the identification and comparison of national frameworks, the examination of selected cases of institutionalization of world class universities in Asia, and the exploration of the implications of a new global context. During the open discussion, participants interacted with speakers on issues of university differentiation, research grants, and democratic governance. For the government, it is very important to establish a fair competition mechanism for research funding that based on the university’s performance. On the other hand, universities should reach out to enterprises and the private sector to get more research funds. To improve democratic governance, universities should encourage faculties and students to participate in university decision making.