PKU-Stanford Forum, which focused on the theme of “Building World-class Universities: An Institutional Perspective,” was closed at the Stanford Center at Peking University (SCPKU) on November 5th, 2016. Nearly one hundred university presidents, scholars, and professionals of international organizations from more than ten countries/regions, as well as faculties and students from Peking University participated in the closing ceremony. The concluding session was chaired by Prof. Jean C. Oi, Director of SCPKU and Professor of Stanford University.

Prof. Ann M. Arvin, Vice Provost of Stanford University, first summarized the conference discussions and shared her thoughts and reflections. She pointed out that diversity has become ever important in the process building world-class university. It may create more space but still have substantial challenges for women’s participation in higher education. She suggested that diversity may become a theme for the future forum.

Prof. Min Weifang, President of Chinese Society of Educational Development Strategy (CSEDS) and Honorary Dean of Graduate School of Education, Peking University, gave the closing remarks of PKU-Stanford Forum. Professor Min used an interesting analogy of “crossing the river by feeling the stones”— at the beginning of the reform, when the water was not very deep, we can achieve the reform relatively easily by experimenting step by step. However, when the water has become much deeper after early reforms, substantial process has been achieved through deeper-level institutional reforms, and university autonomy has to be respected. Prof. Min spoke highly of this forum, appreciating the substantial achievements via the widely exchange and heated discussions. Professor Min and Professor Oi expressed sincere gratitude to the participants and announced the closing of the PKU-Stanford Forum.

During the forum, Prof. Lin Jianhua, President of Peking University, also shared Peking University’s endeavors in the process of building world-class university, such as the undergraduate teaching reform, the personnel reform, and the comprehensive reform. Referring to the goal of Chinese higher educations’ reform, President Lin stressed that the main goal is to construct a set of modern university management mechanisms, which would match the operations and development of top-level universities in a global context. To realize this goal, reforms in the whole educational system, personnel system, resource distribution system, regulatory framework and academic management are needed. 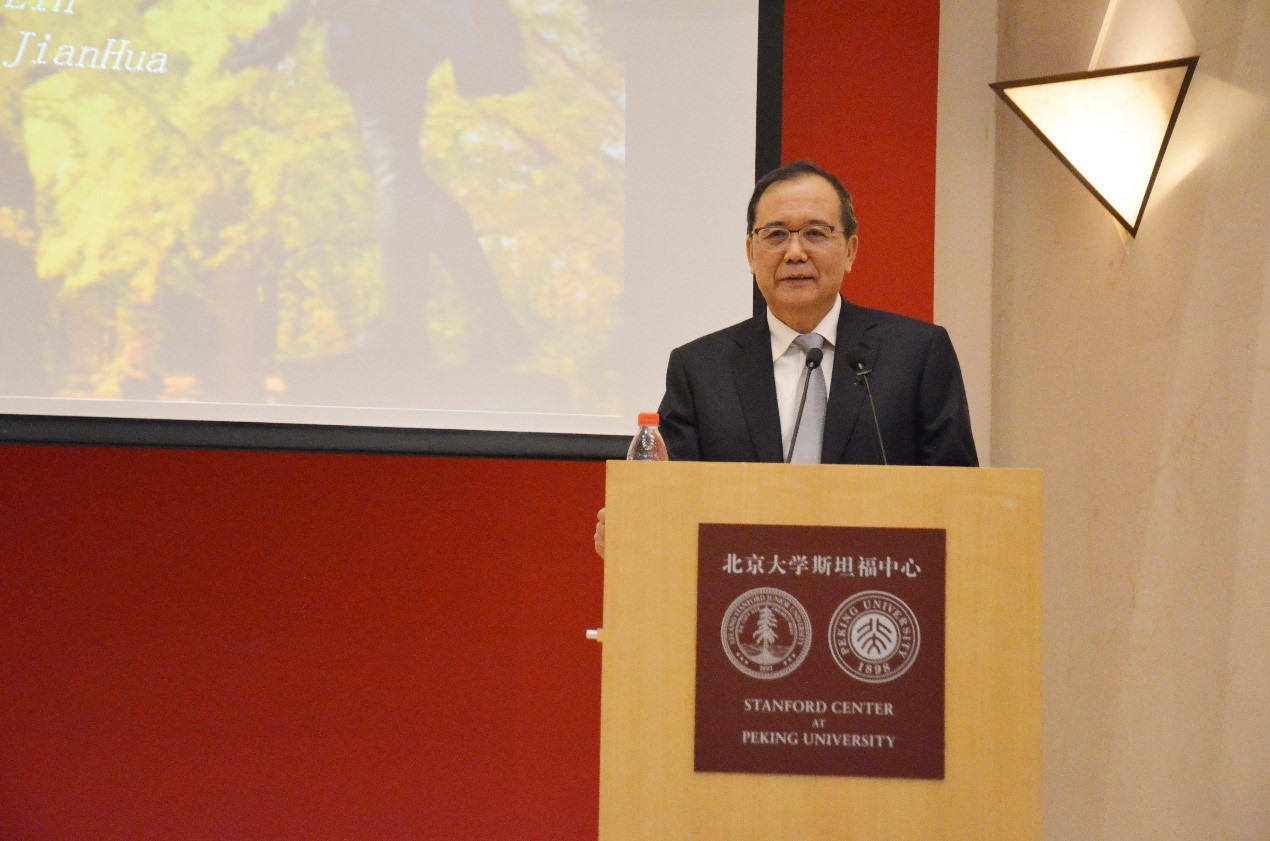