On the morning of November 4th, PKU-Stanford Forum, which is also one of the sub-forum of Beijing Forum (2016), opened at the Stanford Center at Peking University (SCPKU). The theme of this forum is “Building World-Class Universities: An Institutional Perspective.” Jean C. Oi, director of SCPKU and professor of Stanford University, served as the chair in the opening ceremony. Prof. Ann M. Arvin, Vice Provost of Stanford University, and Weifang Min, President of Chinese Society of Educational Development Strategy (CSEDS) and professor of Peking University, delivered opening remarks. Professor Fengqiao Yan from Graduate School of Education, Peking University, gave an opening speech during the opening ceremony. 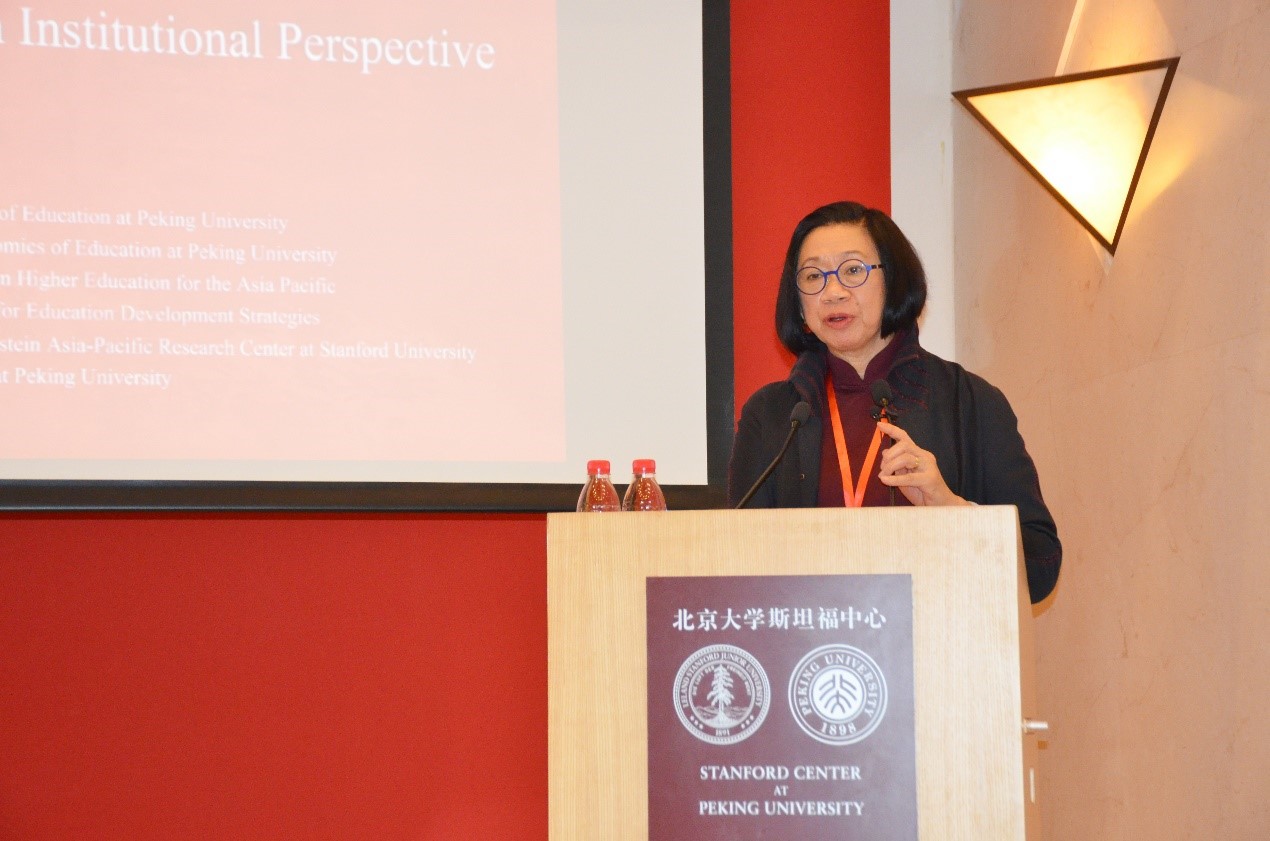 Prof. Jean C. Oi gave the welcoming speech first. As she mentioned, in the past five years, the Stanford Center at Peking University (SCPKU), with the support of Peking University, had not only provided Stanford University’s faculty and students a platform to learn more regarding China but also served as a bridge to connect excellent minds throughout the world. Nowadays, building world class universities had become a strategy of many countries to improve competition and develop their higher education. Today’s forum was just a unique and excellent opportunity to dig into this issue. Prof. Jean Oi also expressed her appreciation of Peking University for their support of this forum. 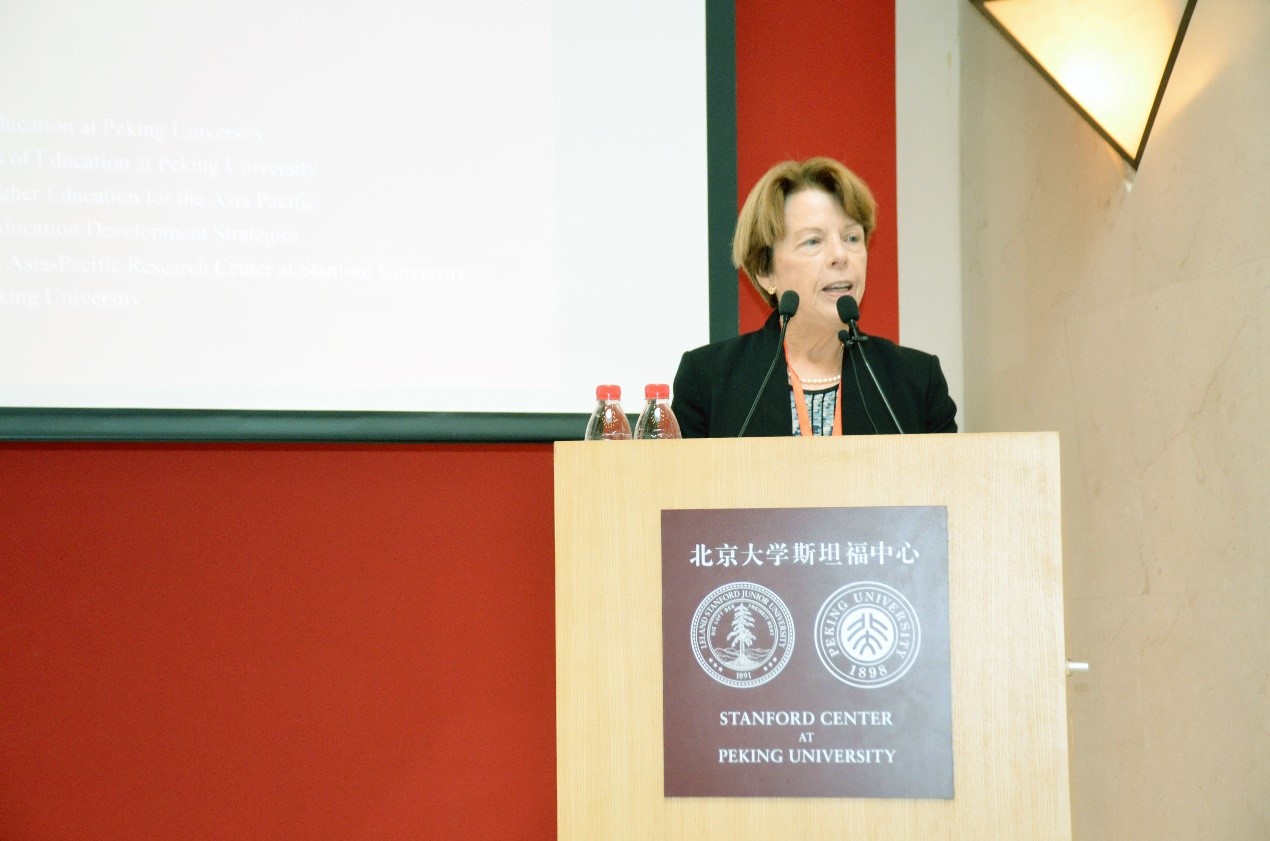 In response to the challenges facing the 21st century and the trend of building world class universities, Prof. Ann M. Arvin pointed out that realizing the special mission of promoting excellent higher education had become the question requiring consideration from all universities administrators. She looked forward to a profound discussion on this theme in the coming two days. 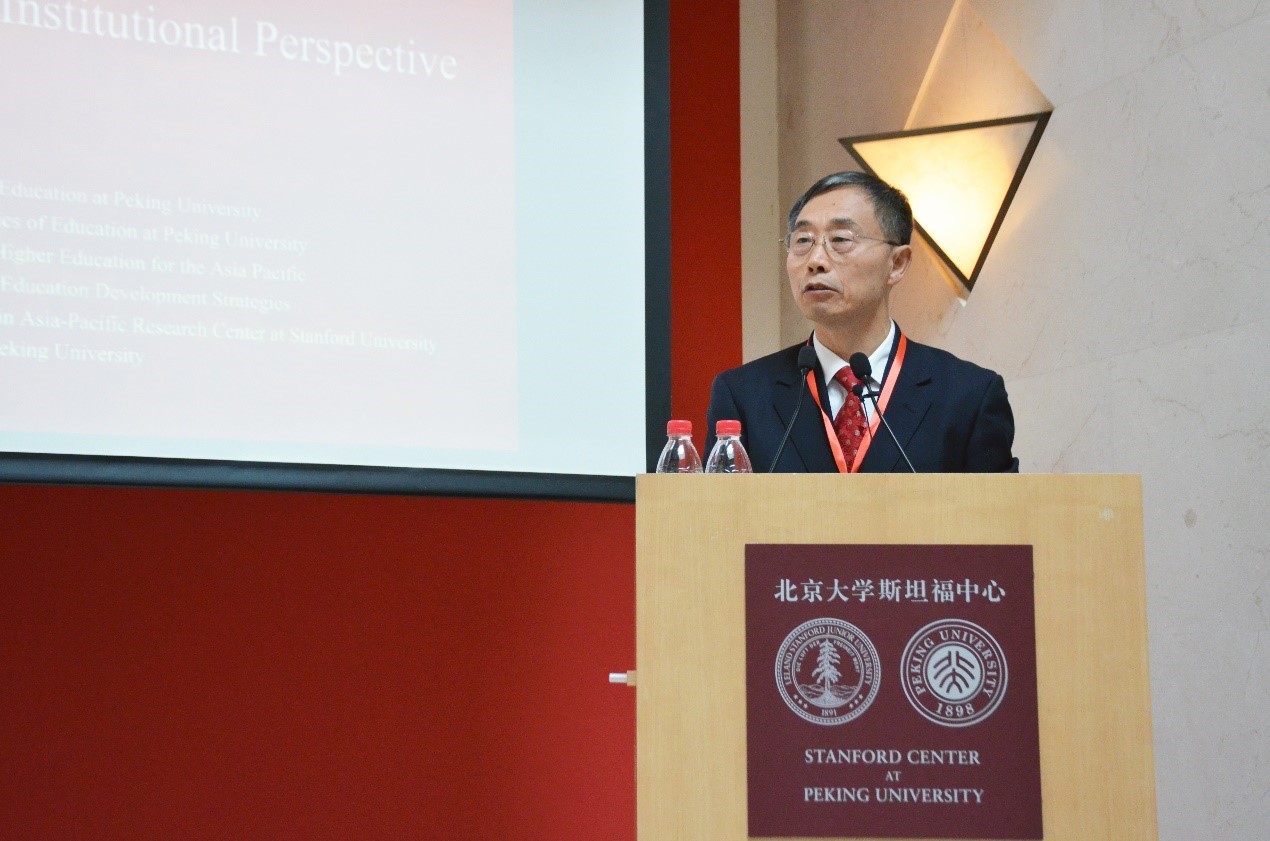 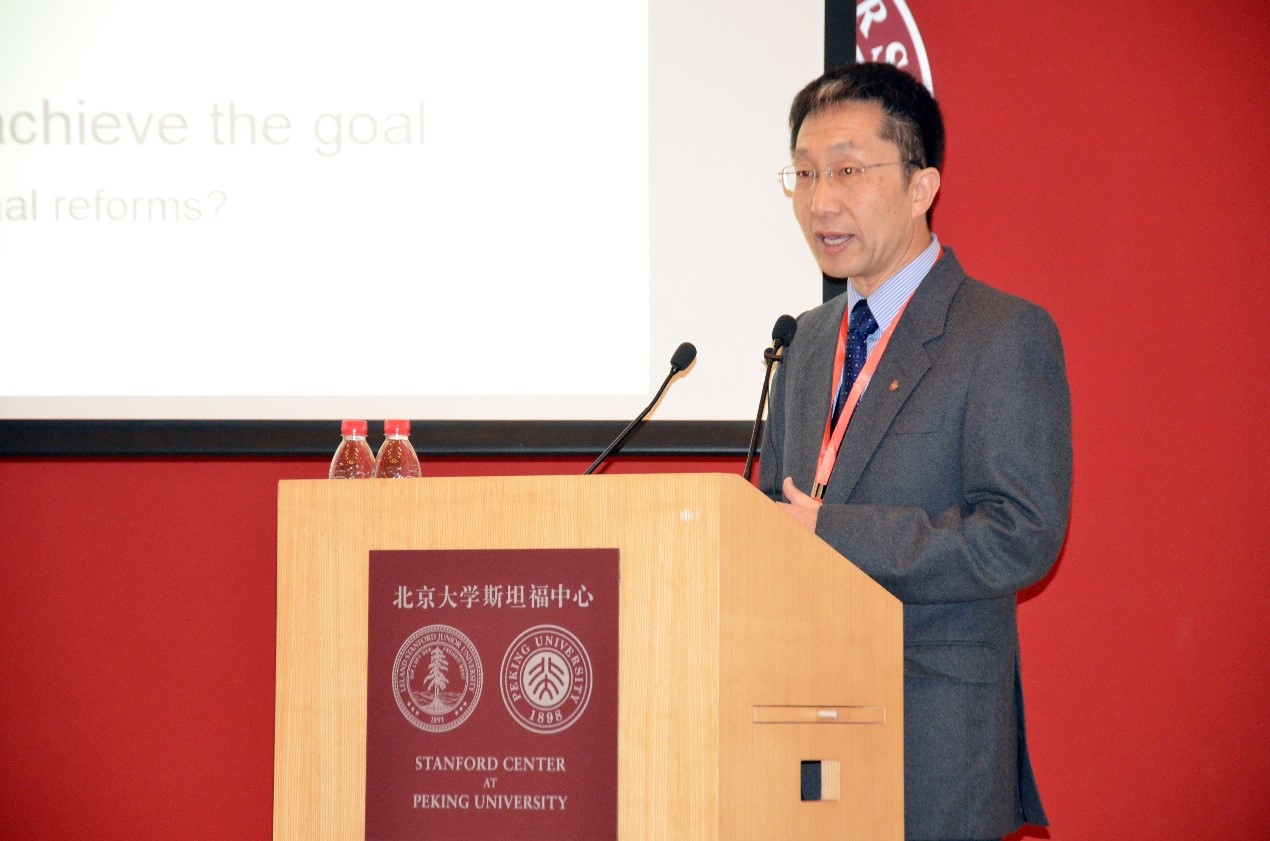 Based on his research co-authored with Professor Min, Prof. Fengqiao Yan spoke regarding the role of structural and institutional elements in both practice and theoretical thinking behind world-class university building. Many countries have undertaken “building world-class university” as the strategy to develop their higher educational systems in order to enhance their competitive advantage in this era of knowledge-based economy. Professor Yan suggested that key values and beliefs of leading academic institutions -- such as academic freedom and institutional autonomy -- should be conserved in the process of building world class universities. The differentiation of higher education systems can be achieved more effectively in state supervision system, improving the quality of higher education system as a whole. The abstract idea of world class university is now a driving force behind international competition in higher education. As for the developing countries, it is likely that policy priorities have been given to increasing funding for elite national universities with structural and institutional changes left behind in the process of building world-class university. Prof. Yan pointed out that institutional changes were slower in the deeper layers (such as with respect to values and believes) than with respect to more surface manifestations like formal rules. Compared with developed countries, developing countries show similarities in institutional formalities but substantial differences in institutional contents. We must still undertake deep research into institutions in order to understand the process of world class university building better.