On the morning of April 3, 2017, Prof. Nicholas B. Dirks, President of the University of California, Berkeley, visited Graduate School of Education, Peking University and delivered an academic speech entitled “Towards Globalization: Universities in the United States and Asia” at the invitation of Education Forum of Peking University. The public speech was chaired by Prof. Min Weifang, honorary president of GSE, and attracted numerous teachers and students to the Lecture hall.

Professor Dirks is an internationally renowned historian and anthropologist. He has been a professor of history and anthropology at the University of Michigan for ten years, and became director of the Department of Anthropology at Columbia University in 1997. He is also a member of the American Academy of Arts and Sciences and the American Foreign Relations Committee. In June 2013, Professor Dirks became the 10th president of the University of California at Berkeley. During his tenure, he was committed to improving the quality of Berkeley's undergraduate education, advocating internationalization of universities, and encouraging innovation in interdisciplinary, applied and foundational knowledge.

Professor Dirks shared with all the audiences how the United States Universities gradually established and expanded a global network of knowledge and experience since the World War II, and also discussed the development of Asian universities in the global context.

As a historian, Professor Dirks viewed the development of society and universities from a "global network" perspective. He believed that with the deepening of globalization, the association between different countries gradually increased to frequent international exchanges, and the United States not only communicated with Europe, but also with other countries and regions by degrees. In the case of international exchanges, All the parties concerned to the exchange could benefit from each other, therefore the internationalization of the university was becoming more and more obvious, and its specific forms were becoming even more diverse, such as the establishment of overseas branches of universities, the establishment of overseas offices and so on. Professor Dirks further deliberated that the international network would be a new way of communication in the future, going beyond branch schools, overseas field offices and other relatively limited forms of communication. 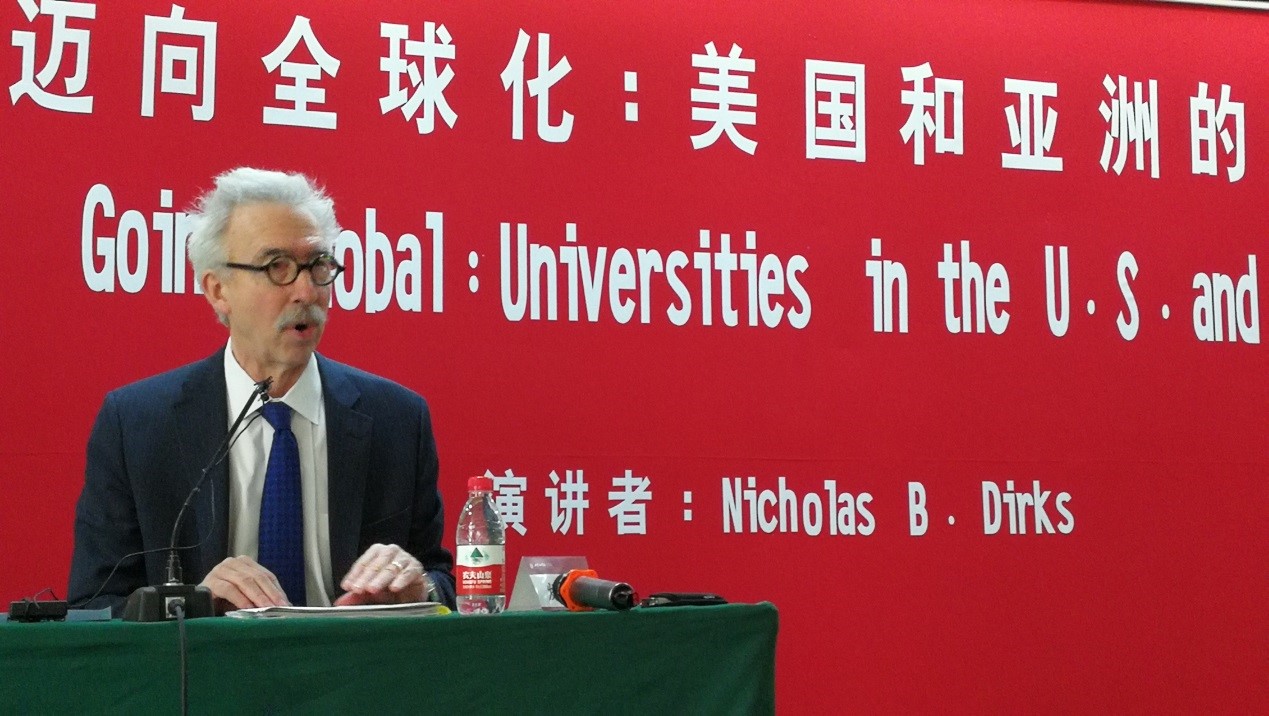 Professor Dirks’ speech included Q & A and he answered a number of questioned raised by Chinese and foreign audiences. His wisdom, humor and quick thinking impressed all the audiences and the atmosphere of the whole speech was very lively.